The COVID-19 pandemic has slowed the flow of global content campaigns.

You could hire various video teams around the world—or you could partner with local artists who are comfortable recording themselves. That’s what Dickies did for its first ever global campaign, “United by Inspiration. United by Dickies.”

“We intentionally chose to feature 10 makers in the campaign, a group that is reflective of all of the regions that we serve, as well as all of the different trades and crafts from the traditional blue-collar worker to the more creative artisan,” says Kathy Hines, vice president of global marketing at Dickies.

The hope was that through storytelling, the brand could share a message of unity around the dignity of work—which is a core value for its customer base of blue-collar workers and creative artisans. The craftspeople featured include sculptors and brewers, metal workers and winemakers.

However, each person was also tasked with being a videographer for the campaign as well.

Video in the COVID-19 era

Video has become an essential storytelling asset for companies of all stripes, as captive audiences voraciously seek and consume online content. However, Dickies had a problem when looking to launch its campaign during COVID-19.

“With global travel restrictions in place, a traditional photoshoot at workshops and creative spaces became an obstacle,” says Hines. The solution was to pivot to a digital-first approach.

“Sid Lee, our creative agency, spent 100 hours capturing our makers through Zoom video and other recording technology, which then was framed, split and layered to give visualization,” says Hines. The final product is one that Dickies hopes is an authentic expression of its culture, products and target audience.

Dickies was able to identify the importance of video for this campaign through deep knowledge about its audience.

[FREE REPORT: Strengthen your knowledge and skill around ESG communications]

“Our consumer chooses to interact with our brand through digital properties that favor storytelling,” says Hines. “Video allowed us to tell a richer story, allowing the audience to get a look at not only the maker’s work but also their external environment.”

The video campaign also hopes to be adaptable—or “modular” in Hines’ words. By following 10 different creators around the globe, and then launching different stories in regional markets, Dickies is keen to speak to local audiences in conjunction with a unified global theme.

Searching for the universal

Dickies made a deliberate choice not to target a specific demographic, Hines says.

“The campaign reinforced that the pride of making and creating transcends any race, ethnicity or age group.” Instead, the campaign targeted “everyone who enjoys and participates in the art and creativity of making.”

Instead of looking at the consumer, the brand chose to focus on common consumer passions: creativity, construction, design, skateboarding, and street dancing. “Building connections through passion-points is critical to us and our consumers,” Hines says.

For Dickies’ marketing team, storytelling plays a major role, especially when it comes to shining a light on the unique skills and talents of the people who wear its clothing. Through storytelling, the brand is looking to offer a counter-narrative to the divisive vitriol that often plays out online.

“Our hope is that this campaign has exposed an uplifting narrative for anyone who identifies with making to be emotionally and creatively connected through communities of people around the world in an era of separation,” Hines says. 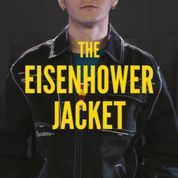 The campaign also allows for a global conversation of sorts between users of the brands’ more iconic pieces.

“The side-by-side creative aspects of the story allowed us to feature our iconic Eisenhower Jacket as a canvas for our makers as we came to learn that this product unifies all regions,” explains Hines. “Derek Ma is wearing an Asia-Pacific version in Shanghai, Allysha Le in Southern California is wearing a U.S. version; this jacket is shared across the world and this campaign showcases how it manifests across all of these regions and lifestyles.” 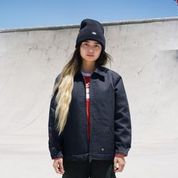 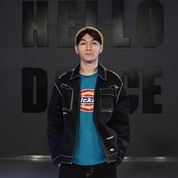 For the team behind the campaign, the metrics that matter all come down to engagement.

“Our KPIs revolve around measuring engagement with our loyalists and newcomers,” says Hines, without getting into the specific metrics that the campaign might track.

“We try to create an emotional tie with our consumer and shine a light on makers, creatives, and small business owners,” says Hines. “Those connections build long-term relationships, and that’s what our campaigns are about.”

As for other advice about creating video content for the COVID-19 era, Hines had a few suggestions:

“During this time, Dickies has been able to perform because of the different strategies we’ve implemented, like video-focused maker tutorials and other content focused on working, making and creative endeavors,” she says. “For us, we thought one of the best things we can do, especially during divisive times, is to share accessible content, reflective of today’s world, that models the power and impact of being inspired by others.”

That’s one way for your brand to embrace core values and principles without the handwringing about entering the political thicket. Find the positive impact you have in your community, and find ways to tell that story in an engaging and authentic way.

It doesn’t have to be more complicated than that.