This year wasn’t exactly what Ben Boyd had in mind when at the beginning of the year he “put it out in the universe” that he wanted a challenge.

“I wanted to be stretched,” he says with a rueful laugh over the phone . He’s been announced as the new top communicator for Lowe’s, leaving his role at BCW to take on a different kind of challenge, one that has him buzzing about the future. His first day at Lowe’s is Oct. 26. 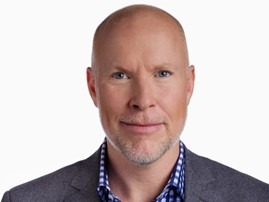 “I’m a guy who could not be more over the moon about change in my life and the challenge that I’m taking on,” he says.

It’s a reminder that challenges can be positive forces in our lives as well, even when facing an extraordinarily tough year of mind-bending disruption and change.

A time for communicators to shine

When asked about the top challenges communicators are facing in the next few months, Boyd points to the need for transparency and facts.

“It’s hard to believe that we’re living at a point in time when facts are seemingly fluid,” he says in a nod to what some are calling the “infodemic.” He says that communicators have a responsibility to be stewards of truth and accuracy.

“If that’s in corporate messaging and we’re talking about our levels of commitment and the specificity around what we’re doing, the premium on trust has never been higher.” When thinking about trust, he expands that to audiences beyond a customer base, as have others in embracing the Stakeholder Capitalism model. When speaking to associates and employees, customers or external partners, Boyd says prioritizing specificity and transparency is crucial.

Being open and transparent isn’t just about refusing to “spin” an issue—though Boyd has healthy disdain for the notion. He says it’s also important to just be forthright and use clear language to avoid muddying the waters.

“I’m constantly trying to refine my own writing, my own thinking and my own conversation,” he says, adding that using “what my grandmother would call a $3 word” can impede an end-user’s comprehension.

“It’s nice on occasion to make a point,” he says, “but it can’t be used to confuse or to cloud concise communication.”

The rise of technology

Communicators have had to adopt new technology at a radical clip during the COVID-19 crisis, with leaders saying that years’ worth of digital transformation has occurred in just a few months.

Boyd breaks down the elements of technology that are transforming communications into three buckets:

Boyd ties his thoughts about the first bucket to a lesson he learned early in his career working as the top communicator for SEIU, the largest union in North America.

“I never understood how a third-party organization, a labor movement, could be more connected to employees than those employees’ own employer,” he says, pointing out that the fates of employee and employer are “inextricably intertwined.” And yet, employers are often failing to meet employees where they are in a way that serves their needs and strengthens that bond.

It’s not about “pushing messages” or “dictating,” he says, but rather about understanding employee needs. He argues that the question to ask before implementing another tech solution is “how do we as communicators deploy that technology in service of our employees?” By serving the worker, the leadership team will also serve the business and its goals.

On AI, Boyd says that communicators must get their heads around how technology can help with the problem of attribution. What is the “why” behind a decision that audiences are making? That’s what data should be used to answer.

“We’re in an age of dialogue,” Boyd says, “and in order for dialogue to be resonant, to connect with the target audience, then I better understand what they care about.”

Boyd’s final thoughts on technology are about how to offer a more seamless omnichannel content experience—though he will admit that communicators are a little too eager to just toss the phrase “omnichannel” around.

Boyd agrees that the communications function plays an important leadership role on improving DE&I within an organization. He says that comms can be an essential advocate that helps to “stitch it all together.” By asking tough questions internally and holding leaders accountable to promises made, communicators are well-positioned to push companies forward.

“We did not get here overnight,” Boyd says. “We won’t address inequities in the workplace—and certainly in our profession—overnight.” He says it’s important for communicators to help clients and executives make those commitments and measurable goals and then report them out, even if the organization isn’t keeping its promises.

Diversity and inclusion is  important to Boyd’s new boss, CEO Marvin Ellison, and Lowe’s has put resources behind the effort–such as a recent partnership with “Shark Tank” star Daymond John to allow underrepresented communities to pitch their products to the Fortune 50 company.

Boyd has a rosy outlook on the future, despite what has been a tough year for so many.

His take on 2020 and all the heartache that has come with the pandemic is that it provides a healthy perspective on life’s other challenges. “I think we’re forever changed,” he says, “but I think we are forever changed knowing that we have greater resiliency than we ever thought possible.”

There will be new challenges in the months ahead, he agrees, but maybe after all we’ve been through we’re more prepared than ever to handle whatever comes next.