On March 11, it will have been a year since the World Health Organization declared COVID-19 as a global pandemic.

After a year of crisis, and with many looking for messages of hope and recovery, how can organizations mark the occasion and help their communities? For CHC: Creating Healthier Communities, a nonprofit dedicated to helping change health outcomes for communities around the country. 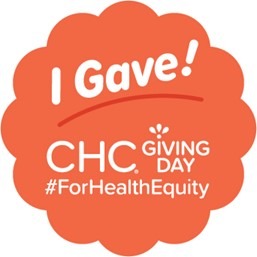 As its cause, the team decided to focus on health equity, an issue that has risen to the fore during the COVID-19 pandemic as Black, Hispanic and Native American communities have faced disparate outcomes from the virus. To make a difference, CHC is calling for a day of giving, with funds to be raised to try and address health equity and aid nonprofits across the country who have suffered lost donation revenue during the crisis. The campaign has raised $150,000 so far with cash and in-kind donations.

“Good health is the great equalizer. But the health of our communities has never been more off balance,” says Thomas G. Bognanno, president and CEO at CHC on the landing page of its new initiative. “The COVID-19 pandemic magnified longstanding health inequities that disproportionately impacted people in under-resourced communities—with communities of color most significantly affected.”

The idea behind the campaign, which CHC calls #ForHealthEquity, was an acknowledgement that COVID-19 has created tough times for many nonprofits across the country who have had a difficult time fundraising during an adverse economic moment.

The effort was to raise money to fund grants, which CHC could then give to organizations who have been left behind during the crisis and also to serve communities who have been disproportionately affected by the virus.

“The goal is to raise the awareness—and the money—for groups that are addressing some of these health equity issues,” says Amanda Ponzar, chief communications and strategy officer for CHC, “especially knowing that, if you’re not feeding America or some of the frontline responders, it has not necessarily been a great year for some of these groups in some of these communities.” 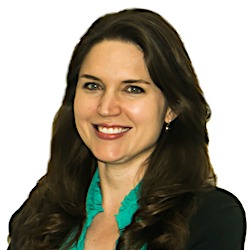 The effort also hopes to give nonprofits and other the tools to raise funds and organize around the anniversary of the pandemic with toolkits that can be customized. Toolkits include badges and logos for organizations to use, as well as templates that can be customized, like a sample press release, fact sheet and media partner pitch.

The toolkit is central to CHC’s effort to bring others in to engage on the issue of health equity and create community around a common cause. “It makes it all easy to be part of the campaign,” explains Ponzar.

“The graphics are done, the copy is done. The toolkits are done.” By offering the tools, CHC hopes to remove as many barriers as possible for organizations to get involved, with 25 participating organizations so far.

A spotlight on equity

When asked if there are any lessons to share about delivering a message about health equity in our polarized national climate, Ponzar says that the response has been overwhelmingly positive—and sometimes even surprising. For example, the geographic market that has been the most responsive to the campaign has been Oklahoma, in part because of CHC’s earlier investments in health care work for Native American communities in the region.

It’s a reminder to both rely on existing relationships when trying to build a community-led effort, and focus on long-term investment—but also not to have preconceived notions about what will be successful in a given campaign. Make sure you are measuring your efforts and are agile enough to respond to success in real time.

Ponzar does have a word of warning about inauthenticity when trying to engage on health care and health equity.

“I don’t think it has to be tied to fundraising necessarily,” she says of messaging about the anniversary of COVID-19. “It’s about action though.” There’s a danger she says of being seen as woke-washing, trying to jump on a PR trend without being able to demonstrate real commitment.

“Commitments can look like a lot of things,” she says. “I think it starts with your employees and it has to be real—whether you’re a nonprofit or a business first—that you say, ‘This matters to us; we care about this.’”

Some questions that organizations should answer before jumping in on a COVID-19 anniversary message or campaign, Ponzar says, include:

When it comes to addressing health equity, there are more questions:

However you decide to engage, Ponzar says it is crucial to bring everything back to action steps. “It’s just not going to get better if everyone goes, ‘Yeah, it’s a problem.’” It doesn’t have to be a cash donation, either. Ponzar gives examples of companies who are able to donate billboards or offer other in-kind contributions.

“Everybody I think can do something based on what they have at their disposal,” she says.

When it comes to measuring success, Ponzar says that the team has tried to keep pushing after it surpassed its original goals. When a corporate partner comes in with a seven-figure grant, Ponzar gives as a hypothetical example, up the goals to try and build on that success.

“Our goal is that this becomes the start of a movement, Ponzar says, as we’ve been shifting for a few years to focus on the social determinants of health and health equity and last year made it clear why this is so important. CHC has been able to channel $330 million for nonprofits over the past five years and this new push for health equity in particular is an important part of the future of that work.

“How much awareness can we raise on the one-year anniversary, how much money can we raise to give out grants, to support groups doing health equity, as well as whatever our partners raised on their own creating their own landing pages and participating,” Ponzar says, describing a goal that is allows for continual growth and development.

When it comes to addressing the effects of COVID-19, the effort cannot be a “once and done.” The work will continue long after this anniversary is behind us.